President Donald Trump has said the U.S tariffs injured Chinese economy and it is paying a big price. Speaking at the CBS News’ ōFace the Nation,ö Trump touched upon a variety of issues including shutdown threat and trade between the U.S. and China.

Trump added that he expected China to make a fair deal. Trump in late December had agreed to keep the tariffs hike on $200 billion Chinese imports at 10 percent and not escalate them to 25 percent as threatened earlier.

All eyes are on the March 1 deadline and what will happen after that.

In the meantime, China’s economic growth nosedived to its slowest in three decades. The Chinese Gross Domestic Product (GDP) barely grew 6.4 percent from October to December 2018, and 6.6 percent for the whole year. It is widely believed several factors have contributed to the slowdown.

ōI don’t know that we’re going to make one, but we have a good chance. And if it is a deal it’s going to be a real deal. It’s not going to be a stopgap,ö Trump asserted.

But Trump praised ChinaÆs role in bringing North Korea to the negotiating table with the U.S.

ōIt looks like we’re doing very well with making a deal with China. I can tell you this, no two leaders of this country and China have ever been closer than I am with China President Xi,ö the president claimed.

Trump referred to the economy again when host Brennan sought his comments about a CBS poll that said more than six in 10 Americans disapproved of his handling of race issues.

Pointing to the jobs report, Trump said nonfarm payrolls showed the addition of 304,000 in January exceeding all estimates.

ōThe economy is so good right now,ö said Trump and claimed that ōthe African-Americans, Hispanic Americans, and Asian-Americans have the best in the history of our country. For women, it has been the best in 61 years.ö

Referring to the January jobs report, the president said the jobs growth happened irrespective of the partial government shutdown.

When asked about the possibility of another shutdown, if the negotiations with Democratic lawmakers fail, Trump said he would not ōtake it off the table.ö

Trump has been pushing for funding a border wall along the U.S-Mexico border. It was a major plank of his campaign in 2016.

ōFrom China, all eyes are on the U.S.-China trade talk. I think China very much wants to deal. I can see that the U.S. side also wants the deal. The question is, how is that going to end, right?ö Zhang Xin, the CEO of Soho China said at the World Economic Forum.

Although exports account just 4 percent of ChinaÆs economy, Zhang said the sentiment in the domestic market was going down.

ōRight now the trade talks have not quite reached an agreement yet, so the sentiment in China is relatively weak,ö said Zhang.

="text-align: justify;">
Related Topics:#China#US
Up Next

The Tragedy of Apple

Ghosn Tells Nikkei Arrest Due to Pot, Treason Within Nissan 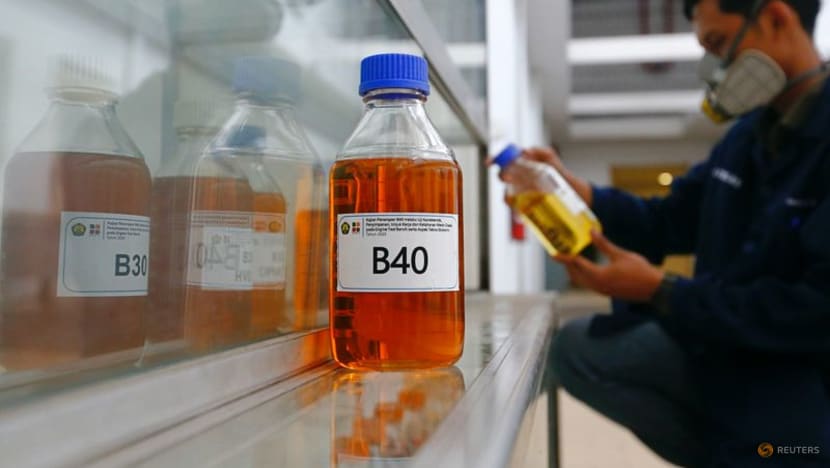 Indonesia’s plans to raise the mandatory bio-content in its palm oil-based biodiesel to 40per cent may face further delays, after the high price of the vegetable oil has made the programme too costly, a senior government official told Reuters.

Indonesia, the world’s largest palm oil producer and exporter, has a mandatory biodiesel programme with 30per cent palm oil content, known as B30, but intends to expand the use of the oil for energy to save on fuel imports.

Authorities had planned to increase the mix to 40per cent in July this year, but the timetable for the B40 programme is now unclear.

“We don’t have a timeline yet for B40, although from the technical side, we’re ready,” Dadan Kusdiana, a director general at the energy ministry, said in an interview. He said implementing B40 in 2022 will be “challenging”.

However, authorities have revised levy rules three times since last year as they sought to support the biodiesel programme after prices soared, but without hurting exports.

Dadan said 45 trillion rupiah to 46 trillion rupiah (US$3.1 billion-US$3.2 billion) is needed this year to fund the difference between using regular diesel and the palm-based fatty acid methyl ester (FAME) for B30.

If prices stayed constant, mixing 40per cent FAME would require around 60 trillion rupiah (US$4.16 billion), he said, while noting adopting B40 would likely boost palm oil prices by shrinking global supply, making the programme even more expensive.

“That is what we’re considering, how capable are we in terms of the levies. We have to provide bigger financing, but it doesn’t have to come from higher levies,” Dadan said, without elaborating on alternatives.

The Indonesian Palm Oil Association (GAPKI) had already said in January it expected B40 to be delayed beyond 2022.

On the technical side, Dadan said the water and monoglyceride contents in FAME must be reduced for B40 to work, requiring new investment by biodiesel producers.

Although biodiesel promises lower emissions, the use of palm oil as a feedstock raises concern about deforestation in the clearance of land to grow it. The European Union is planning to phase it out as fuel for transport.

Indonesia’s central bank expected inflation to be within its target range of 2 per cent to 4 per cent in 2021 and 2022, but warned of potential price pressures next year, Governor Perry Warjiyo said on Wednesday (Aug 25).

“We need to anticipate a risk of rising inflation in 2022, in line with a rise in domestic demand and increasing global commodity prices,” he told a coordinating meeting on inflation management.

Indonesia’s annual inflation rate has stayed below BI’s target range since June of 2020 as the coronavirus pandemic dampened domestic consumption. The dollar held near a 4-1/2 month high versus a basket of major currencies on Wednesday as simmering concerns about the global economy forced investors to seek safety in the greenback before the release of the Federal Reserve’s July meeting minutes.

Sterling and the commodity-exposed Australian and Canadian dollars all hovered near recent lows against the dollar as the broad market mood remained cautious. The dollar index held steady around 93.09, just below an early April high of 93.20 hit last week.

“The FX market is trading exactly as one would expect when growth worries are the dominant theme,” said Marios Hadjikyriacos, a senior investment analyst at XM.

Even the New Zealand dollar, which briefly rose after the central bank set out a hawkish outlook for interest rates, swooned as a mild wave of risk aversion swept through markets.

The Kiwi was down 0.5per cent at US$0.6888 in London trading having risen earlier to US$0.6952 after the Reserve Bank of New Zealand said it would keep rates at 0.25per cent, after the country was put into a snap COVID-19 lockdown.

A monthly fund manager survey by investment bank BoFA Securities showed that investors flipped to a net overweight on the dollar for the first time in nearly a year.

That shift in positioning was evident in more high-frequency weekly data as well with hedge funds ramping up their net long bets on the greenback to the most since March 2020.

While the dollar failed to draw any sustained strength from Fed Chair’s Jerome Powell’s comments and mixed U.S. data, markets shifted focus towards the annual Jackson Hole symposium next week where some expect the Fed to signal a change in direction with regards to its asset purchase plans.

U.S. retail sales fell 1.1per cent in July, more than economists expected but industrial production numbers showed that output at U.S. factories surged in July. and

Elsewhere, the Canadian dollar hovered near a one-month low. [CAD/]

Tencent Music posts over 15per cent rise in quarterly revenue China’s Tencent Music Entertainment Group posted a 15.5per cent rise in quarterly revenue on Monday, as its advertising business rebounded and more people subscribed to its music streaming platform.

Total revenue of the Tencent Holdings Ltd-controlled company rose to 8.01 billion yuan (US$1.24 billion) in the second quarter. Analysts were expecting revenue of 8.13 billion yuan, according to IBES data from Refinitiv.

A Swiss flag flies over a sign of Swiss bank Credit Suisse on May 8, 2014 in Bern. AFP/Getty Images/Fabrice Coffrini

Credit Suisse has drafted a former Chief Operating Officer of UBS and heads the Risk Committee of the Board of Directors. The new chair, Antonio Orta Osorio, has been strengthening the bankŌĆÖs defenses following a series of scandals.

NS Damn report Regarding the loss of Arquegos announced last month, it describes the ŌĆ£fundamental failure of management and controlŌĆØ and ŌĆ£lazy attitude toward riskŌĆØ at Credit SuisseŌĆÖs investment bank.

Alter Osorio, who escaped Lloyds from the financial crisis, Join Credit Suisse Board of Directors In April, he said the bankŌĆÖs plight was the worst he had ever seen in his career. He also promised an urgent review of risk management, strategy and culture. The final details of the review are scheduled by the end of the year.

On Friday morning, Alter Osorio said the proposed appointment of Lehman and Columbus to the board would help strengthen Credit SuisseŌĆÖs risk management.

ŌĆ£With both deep experience in risk management and business leadership and a career of nearly 30 years in financial services, they are in shaping the strategic restructuring of banks and strengthening the culture of risk management and personal responsibility and accountability. Will make an immeasurable contribution. ŌĆ£He said.

Lehman was Chief Operating Officer of UBS and President of Private and Corporate Banks. His career at UBS and earlier in the Zurich Insurance Group included several risk management roles.

Andreas Gottschling resigned from his role as Chairman of Credit SuisseŌĆÖs Risk Committee in April after several major shareholders have shown that they will do so. Vote against his reelection..

Richard Meddings, TSB BankŌĆÖs executive chair, has been the Interim Chairman of the Credit Suisse Risk Committee since April. He will continue to lead the bankŌĆÖs audit committee.

Global shares mixed as caution sets in on coronavirus worry 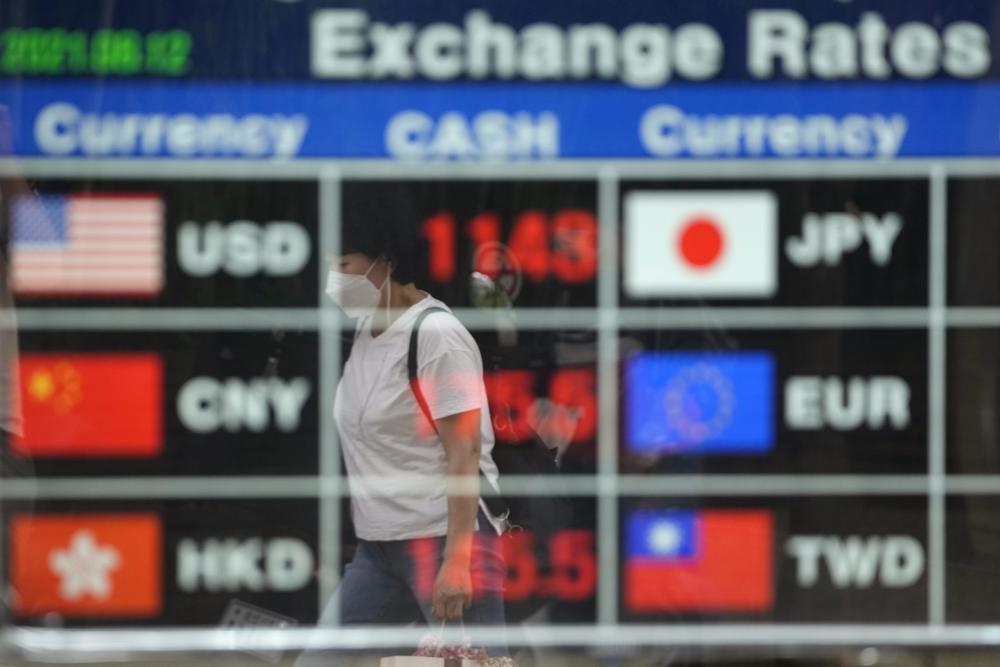 Worries continued in the region about the recent regulatory crackdown in China. Analysts said the next target appeared to be the online insurance industry.

COVID-19 infection cases are also surging in Japan, where a state of emergency has been in place, even as the nation hosted the Tokyo Olympics and plans to do the same for the Paralympics, which open later this month. New cases are reaching record highs in Tokyo and several other regions. Medical officials say hospital facilities are getting stretched thin.

ŌĆ£On the COVID-19 front, worries over growing restrictions are becoming a cause of concern. Growth expectations in the region will likely take a hit in the coming weeks. The recent resurgence of the virus will probably slow the economic recovery,ŌĆØ said Anderson Alves, a trader at ActivTrades.

After a stumbling start to the week, stocks have been moving higher on the back of strong earnings and better-than-expected economic data. InvestorsŌĆÖ concerns about inflation and uncertainty about the U.S. Federal ReserveŌĆÖs future plans to ease up on its support for low interest rates have been hanging over the market.

While the headline figures may seem bad, most of the rise in consumer prices has been tied to very specific goods that are not expected to impact the long-term health of the economy, like used cars, building materials and hotel rooms. These items came into short supply during the pandemic, and the increased economic activity has made prices for them rise faster than usual.

The Federal Reserve has repeatedly said it believes any increase in inflation would be temporary and largely a result of supply disruptions that happened because of the pandemic. Investors will get another inflation snapshot Thursday, when the Labor Department issues its July wholesale price data.